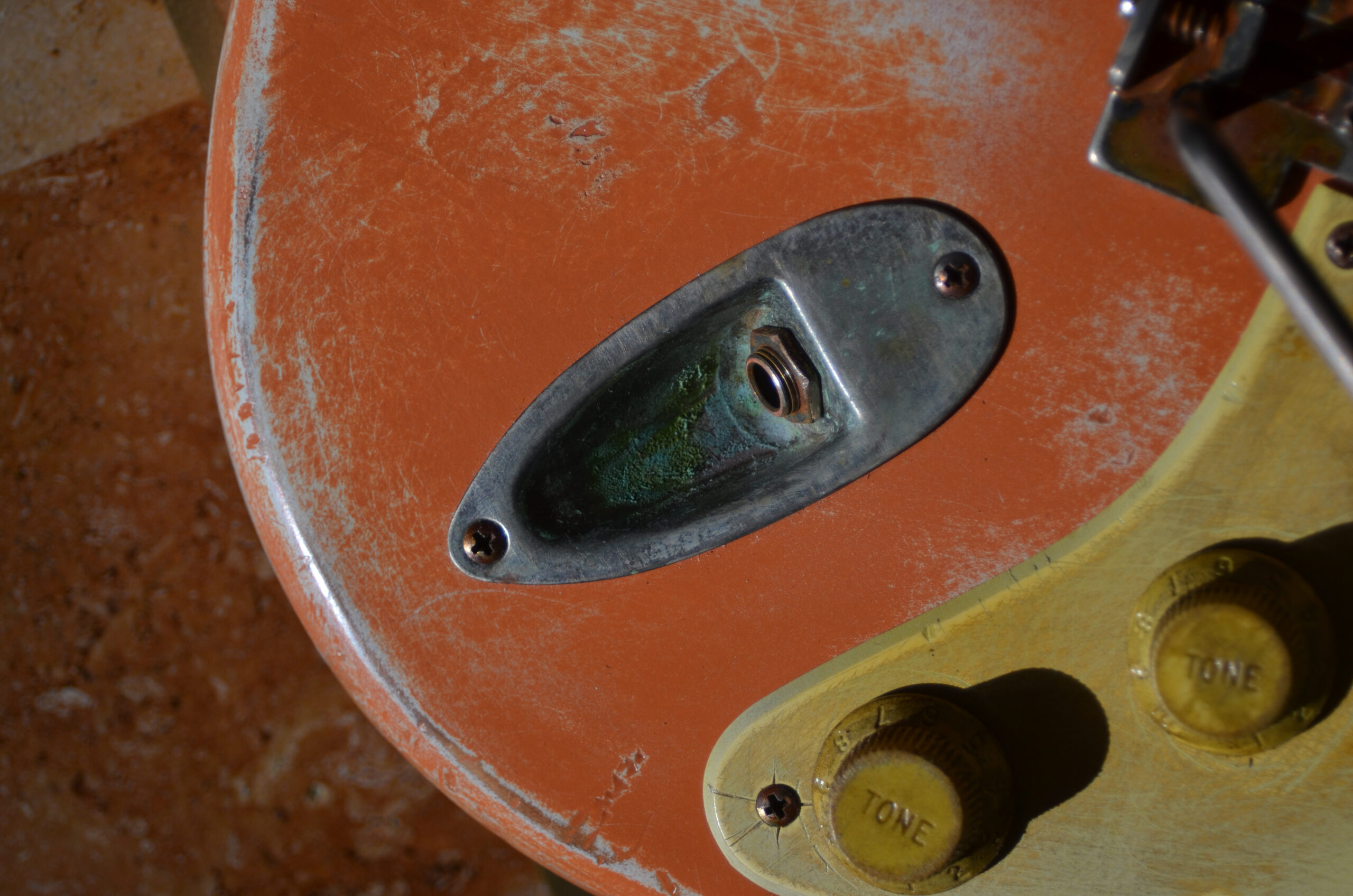 Over the decades there have been various competing mythologies about the provenance of the electric guitar. In actuality, the instrument’s history began with a struggling Vaudville performer, a violin maker, and some eccentric misfires.

At the start of the 1920s, the banjo was a centerpiece of Dixieland music. It was the loudest of all the stringed instruments owing to its powerful snare-like resonator. Meanwhile, the US had recently annexed Hawaii and the sounds of island guitar music assailed the popular imagination.

George Beauchamp was a vaudeville performer and Hawaiin guitarist who was, like many others, dissatisfied with the low volume output of acoustic guitars that couldn’t compete with noisy crowds and louder instruments on stage.

In 1920, Beauchamp approached engineer and violin designer John Dopyera with his project of creating a louder guitar. Their first attempt was a Hawaiin guitar with a massive phonograph-resembling horn mounted over the bridge. The prototype was ultimately a failure.

Dopyera and Beauchamp pressed on. Their efforts birthed the first resonator guitar, also known as the tri-cone. Borrowing again from the Victrola phonograph which produced sound using a needle, diaphragm, and horn, Dopyera embedded three aluminum diaphragms inside a steel soundboard that would vibrate and project the tone of the strings. Resonators became the stock and trade of the National Guitar Corporation founded by Beauchamp, Dopyera, and their colleagues.

The Tri-cone guitar was first developed by Beauchamp and Dopyera in the early 1920s.

Beauchamp, however, wasn’t finished. He still wanted a louder guitar that would place the instrument at the center of the bandstand. Taking yet another lead from the record player, he observed that phonograph needles were coupled on both sides with coiled electro-magnetic pickups and thought of arranging that same configuration around the strings of a guitar. 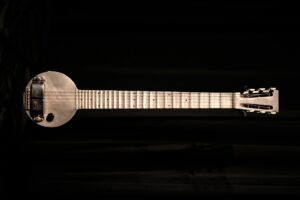 In 1931, this concept became the driver for the frying pan guitar whose name was born out of its idiosyncratic shape resembling the stovetop kitchen implement. Beauchamp and colleagues registered the RO-PAT-IN (elektRO–PATent-INstruments) corporation to make and distribute their latest creation. With six pole pieces and an electric pickup powered by a horse-shoe magnet, it stands as the most conspicuous archetype for the amplified blues, rock, and metal instruments we know today.

National’s manufacturing facility was located down the road from a tool-and-dye shop owned by Adolph Rickenbacher. This led to a collaboration that minted the Rickenbacher Guitar Company.